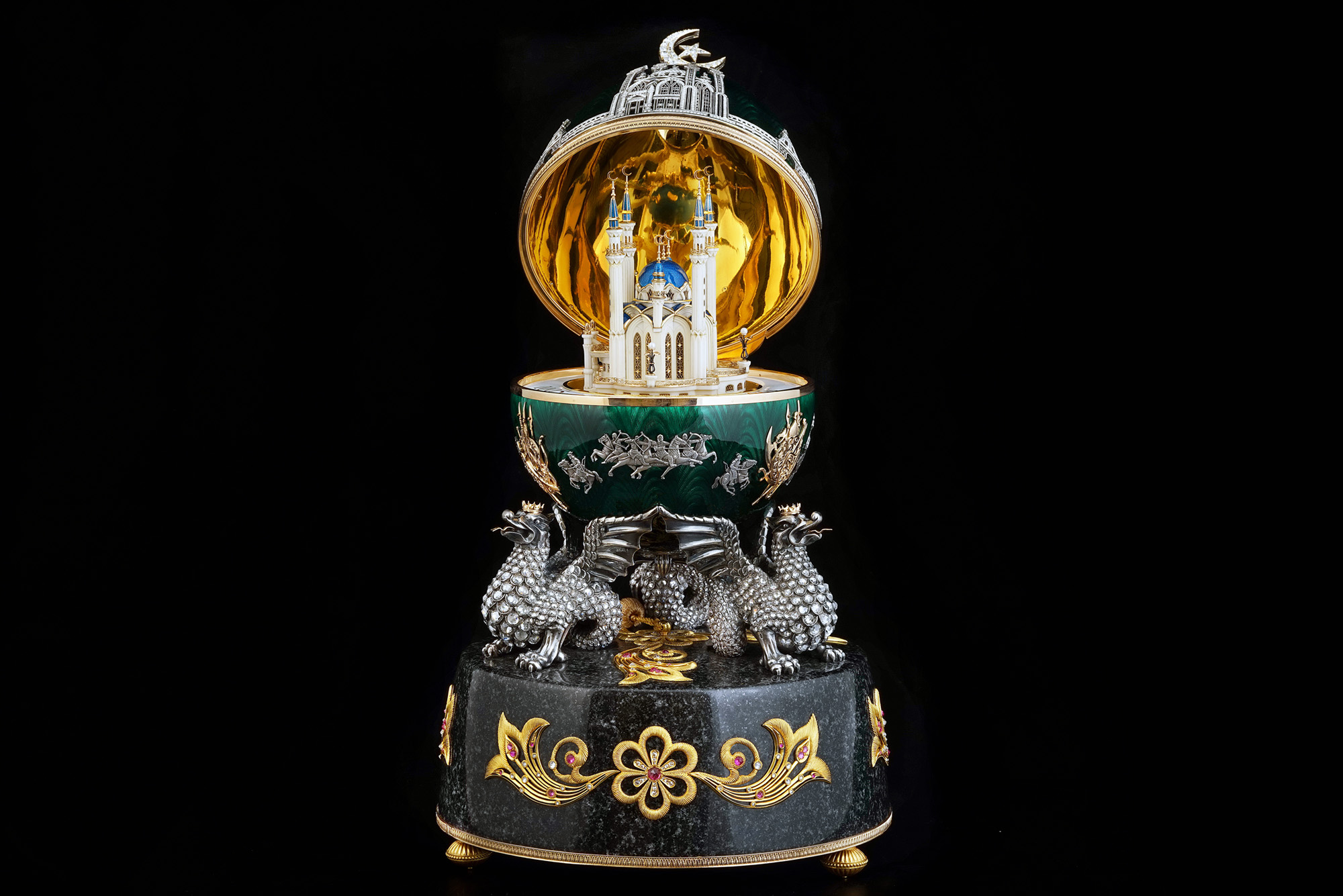 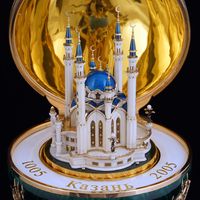 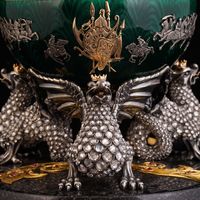 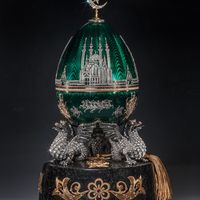 Work from the series “Great Cathedrals of Russia.”

Work on the egg began several years before the 1,000-year anniversary of the founding of Kazan. It is a city A.G. Ananov associates with remembrances of youth, when he worked there as an actor at the Academic Theater named for V.I. Kachalov.

For various reasons, however, work was suspended at the stage of creating the Qol Sharif Mosque from the hard Ural stone cacholong.

The studio resumed working on the egg in 2012. It took two years to complete the project.

On the bottom half of the egg – battle scenes among the various Tatar tribes, and on the top half – today’s beautifully-picturesque Kazan.

The height of the mosque made it impossible to insert it directly into the egg. So, a special mechanism had to be designed that would automatically lift the mosque when the egg is opened and lower it when it’s closed.

The design for the egg’s stand was inspired by the Tatar national skullcap, made of black gabbro.

Helping to create the work were stonecutters A. Petrov, Y Artamonov. Jewelers A. Linnik and S. Tretyakov, enameller I. Maximova, setters S. Zakharov and S. Kosarev.