Fabricated to commemorate the 750th anniversary of the founding of Moscow 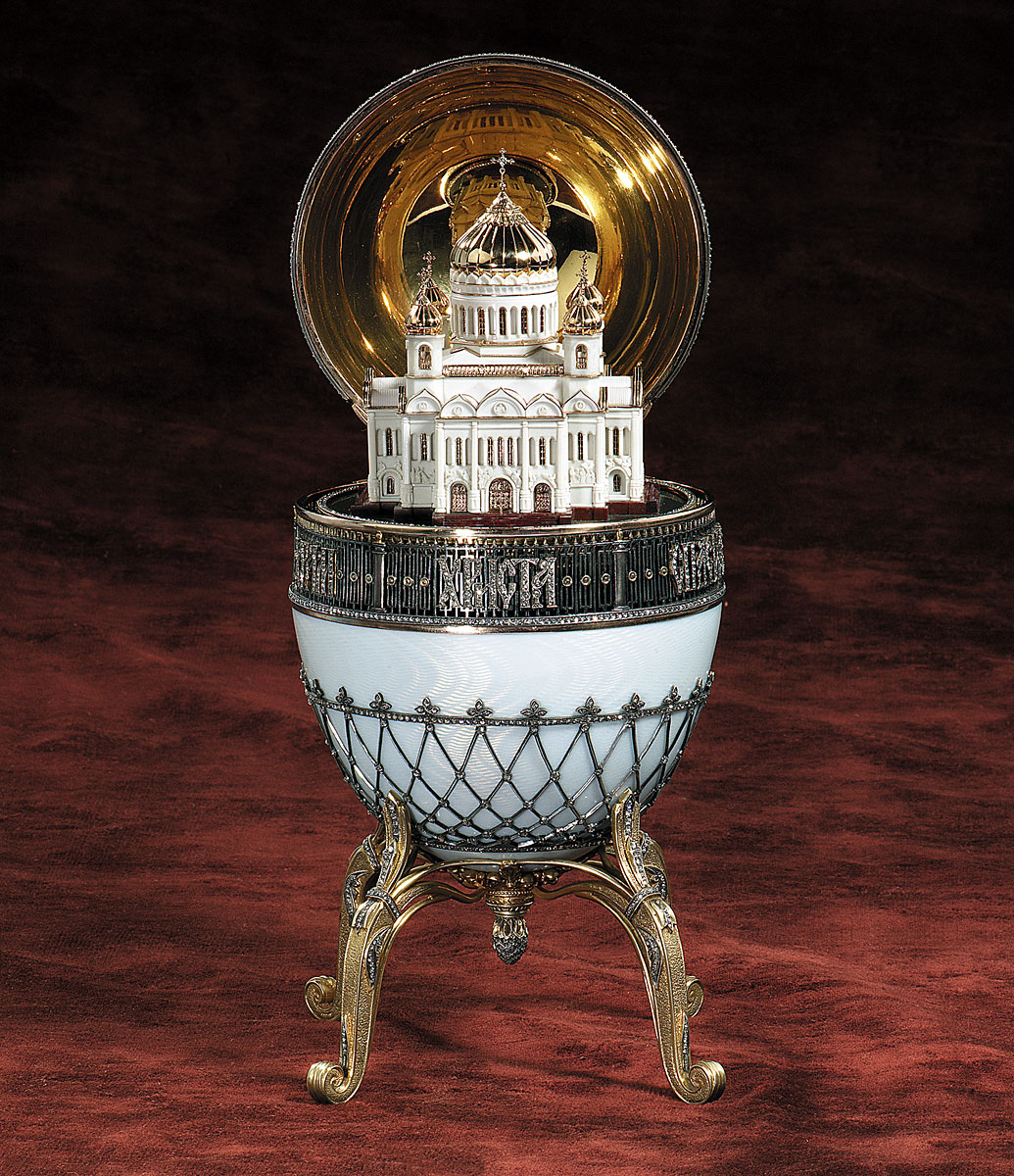 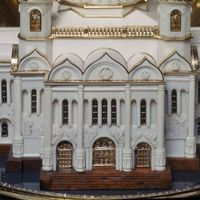 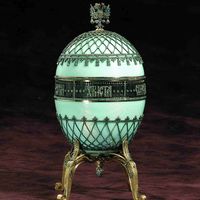 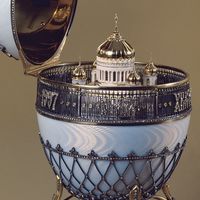 This is the egg that launched the series “Great Cathedrals of Russia,” the brainchild of A.G. Ananov. It was decided to finish the egg in time to celebrate the 750th anniversary of the founding of Moscow and unveil it at an exhibition at city hall, on which an agreement had been reached in advance with Moscow Mayor Yuri Luzhkov.

In the process of fabrication, a number of unexpected problems had to be resolved. How to make an egg of such oversized dimensions - more than 12 cm in diameter.  How to apply to the egg the delicate pattern of guilloched lines.  But the biggest problem arose when the shell of the egg was already finished, and the time had come to insert the cathedral inside.   The cathedral turned out to be taller than originally calculated, and the egg would either not close or not open.

The problem was solved by coming up with a special mechanism to lower the cathedral when the egg was closed. And the sound of church bells ringing was added to accompany the process.  In the end, the problem wound up benefitting the overall look of the finished work.  It’s as if the cathedral was appearing out of nowhere, which was entirely appropriate given its modern-day resurrection.

The cathedral building was rendered by the stonecutters Y. Artamonov and A. Petrov from hard stone - cacholong.  The painstaking work involved in crafting the golden tracery for the windows, the carved doors, the balustrades and cupola was done by the firm’s best jewelers.  Along the rim of the egg in diamond rosettes reads the inscription “Cathedral of Christ the Savior. 1997.”