The firm of Andrey Ananov is the first privately-held jewelry company in Russia. Until its founding, all jewelry enterprises in the USSR had been state-owned.   Soviet enterprises manufactured primitive pieces of jewelry – rings, earrings, pendants, brooches made or silver or gold, featuring artificial stones and plainly-unsophisticated design.  The use in a single gold piece of different alloys or another precious metal, such as silver, was prohibited. 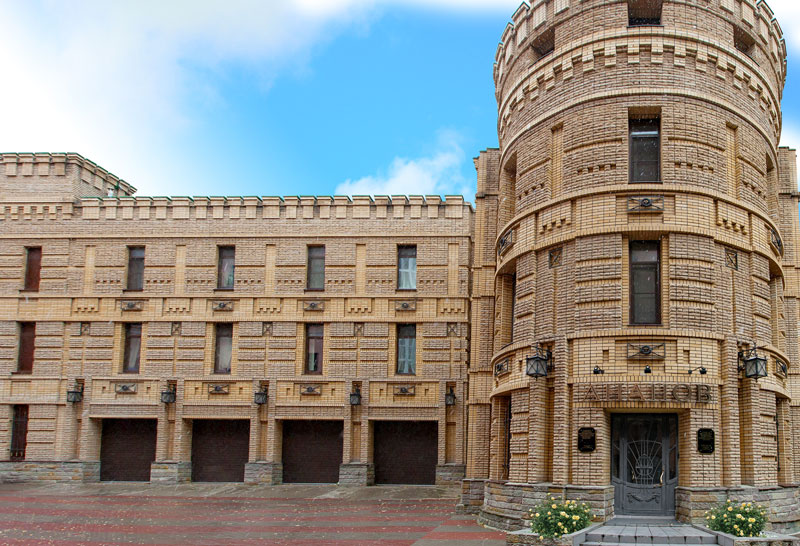 These rules were driven by a fear of precious-metal plundering by jewelry-enterprise workers. After all, jewelers’ wages were incredibly low, the work at these state-run enterprises was akin to slave labor, love and passion for the profession were replaced by grills, surveillance cameras monitoring work stations, snap searches and criminal prosecutions over randomly-lost grams of gold.   The jewelers often bought some gold on the side, just to make sure that there would be enough metal on hand come search time.  Due to such arduous working conditions, many masters emigrated, drank themselves into oblivion or got out of the profession.

But then perestroika began.  It became possible to open cooperatives, although the production of jewelry remained prohibited.  With great difficulty, Andrey Ananov, having managed to arrange a showing of his wares at the State Depository for Precious Metals – at great personal risk of losing his liberty – secured the right to engage in the private production of jewelry.

The studio, just as the firm of C. Faberge before it, uses only manual labor, making one-of-a-kind creations of exacting and exquisite detail.  Ananov rediscovered all of the jewelry-making secrets for which the Russian masters had once been renowned and passed them on to his collective.  Against the backdrop of global mass-production, based on cast-and-press methods, the pieces made by the firm’s distinguished jewelers look particularly convincing. 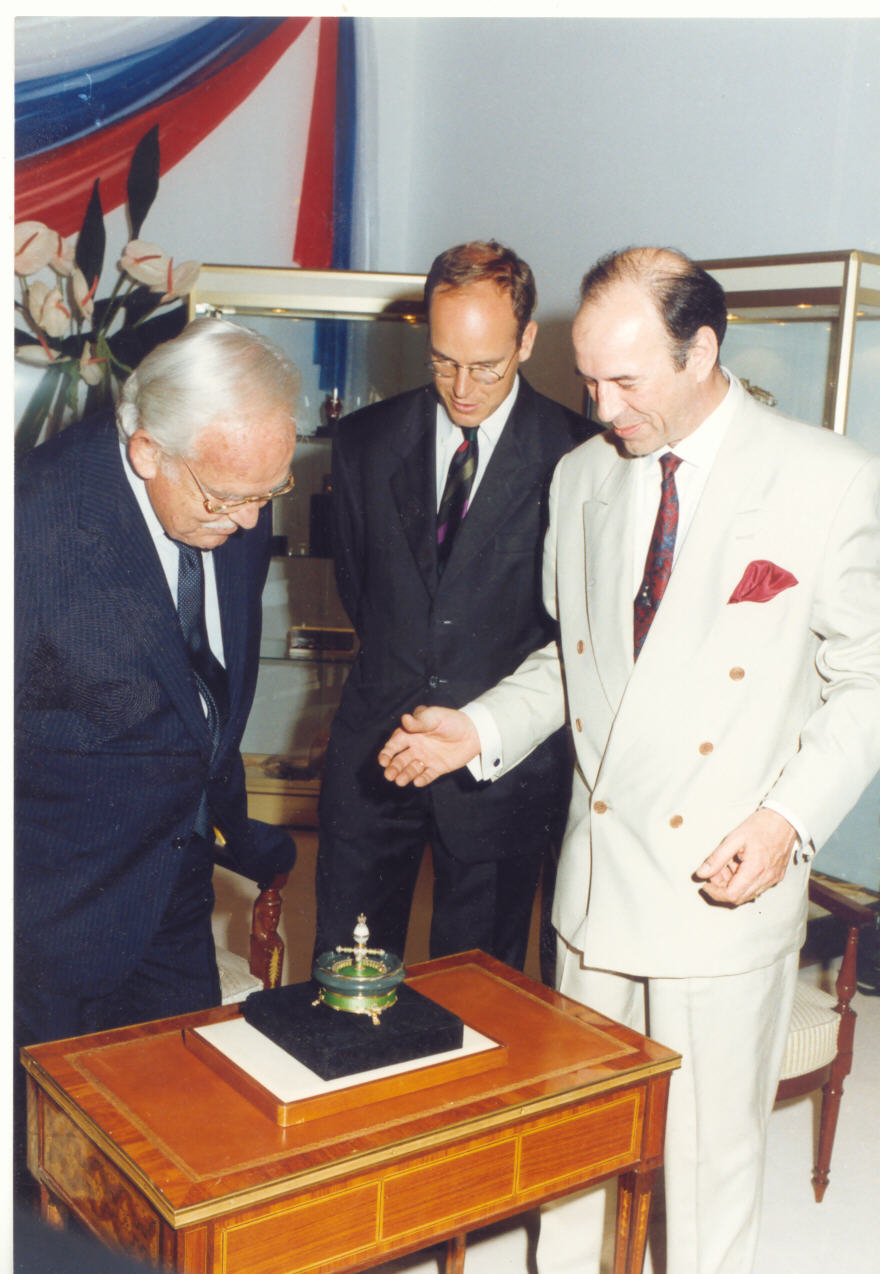 Prince Rainier III and Prince Albert II of Monaco at the A.G.Ananov exhibition

Pieces stamped with the “Ananov” mark are found in the collections Her Majesty Elizabeth II of the United Kingdom, Her Majesty Queen Sophia of Spain, Her Majesty the Queen of Thailand, Prince Rainier III of Monaco and Prince Albert II of Monaco, Former U.S. President G. Bush, Former U.S. Vice President Al Gore, Montserrat Caballe, Placido Domingo,  G. Soros, M. Rostropovich, G. Vishnevskaya and many other luminaries of culture, the arts and politics, in their private collections.  This year, the firm celebrated the 25th anniversary of its founding, as well as the 70th birthday of its founder and irreplaceable leader – Andrey Georgievich Ananov.