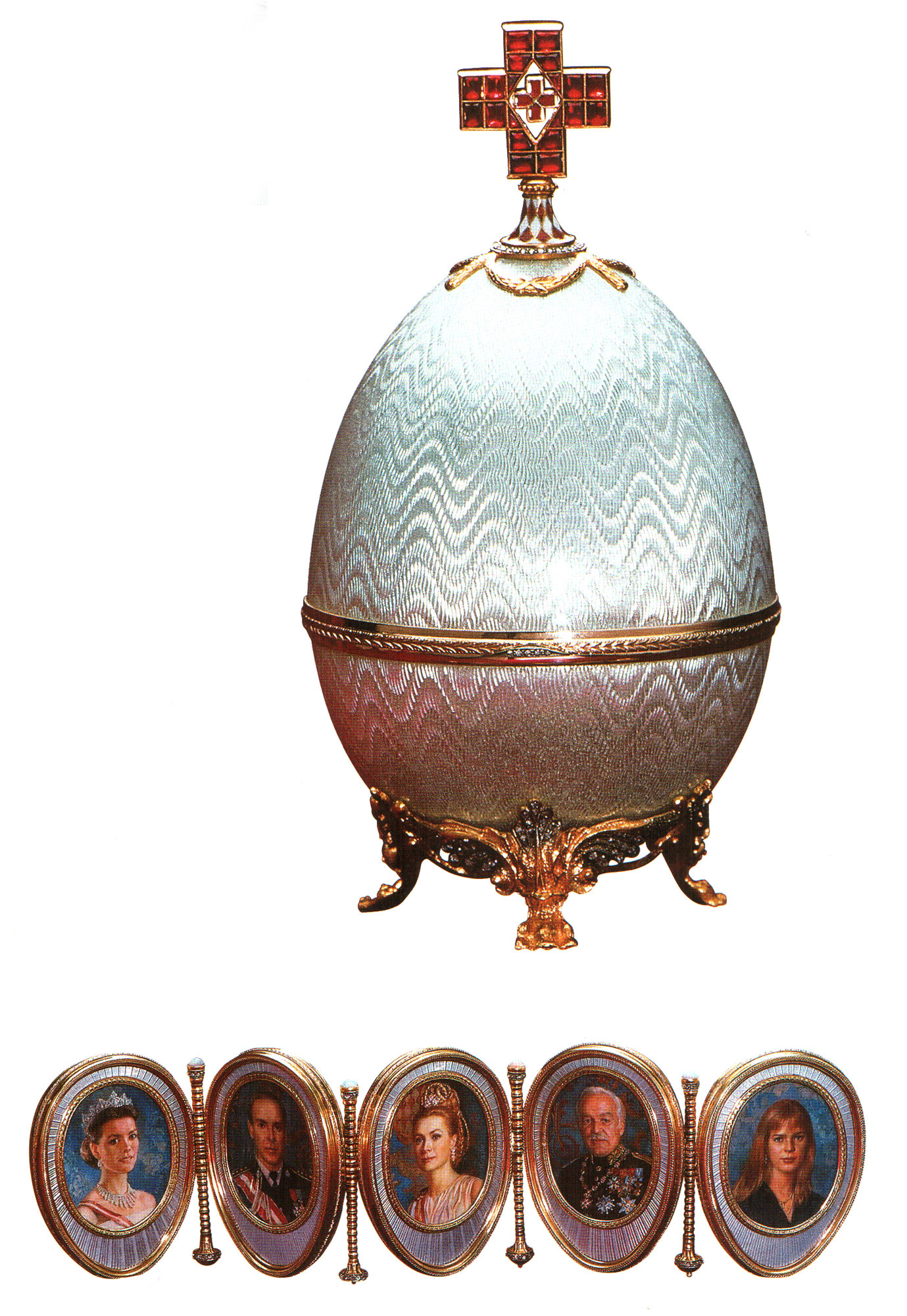 It was with this gift to the ball that A.G. Ananov began his ascent of Monaco’s Mount Olympus. He made his first appearance at the ball simply as a guest of the Prince de Polignac. The year was 1993.

The details of this story, of how an idea that once occurred to the master jeweler ended up culminating in the presentation to him of the Grand Prix at the very next ball, is relayed in the book by A.G. Ananov ”Two Aces in the Bank”.

Later, after the order to fabricate the Grand Prix had already been received. Prince Rainier III surprised the master with a last-minute condition - to unveil the family portraits before their final mounting into frames.  Ananov was forced to fly to Monaco expressly for that purpose, while at the time, his youngest daughter Anastasia was dying of an unknown illness in St. Petersburg. At the end of the audience, the Prince politely asked “And how may I be of service to you ?” Ananov told him his tale of woe. The Prince summoned his personal physician. Two days later, at the best pediatric hospital in Nice, a team of specialists managed to save the life of the jeweler’s daughter.