Diameter of the egg: 9 cm 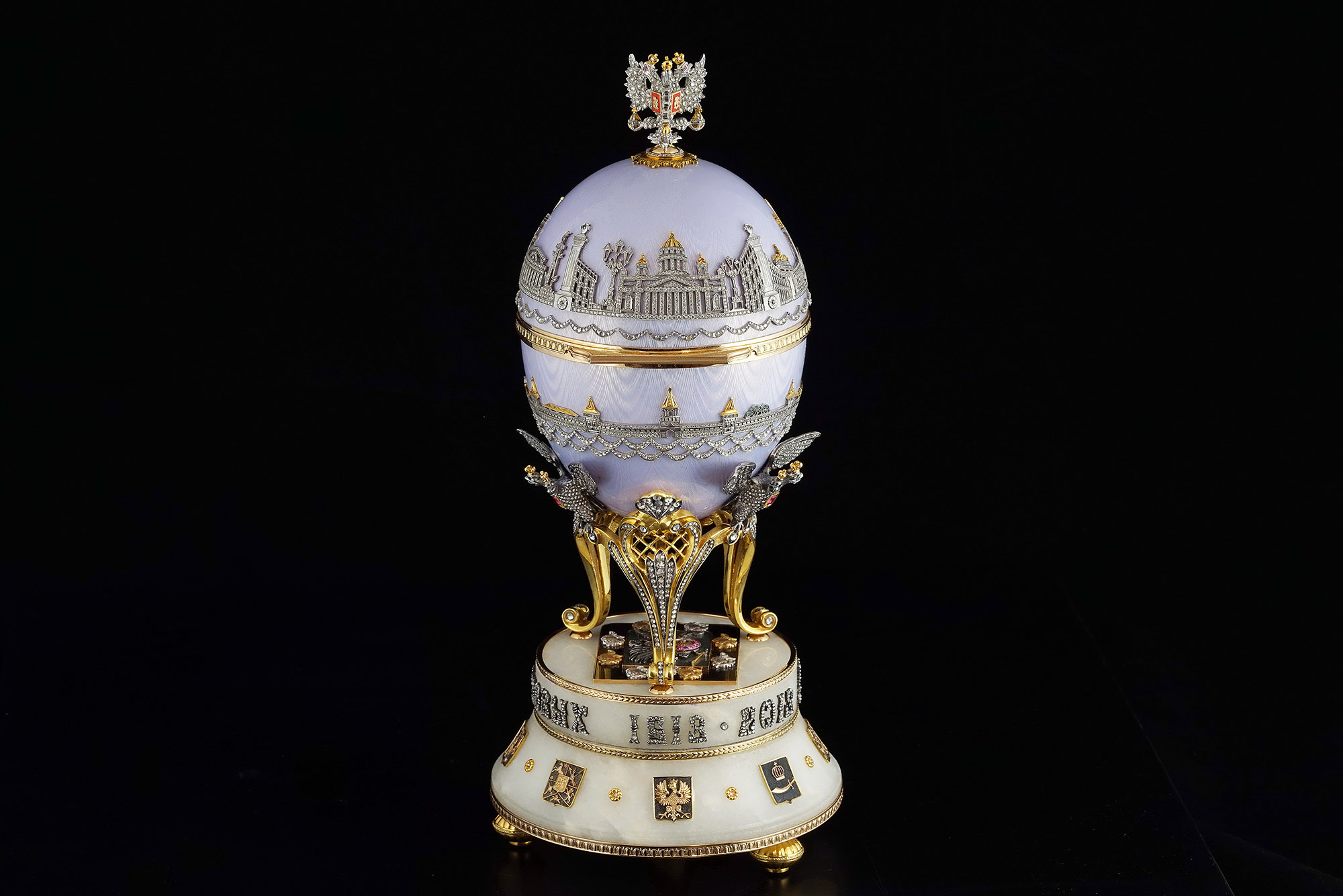 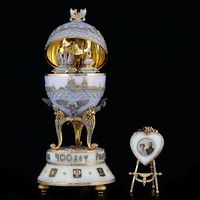 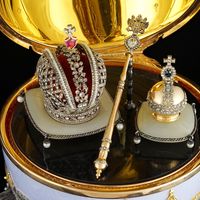 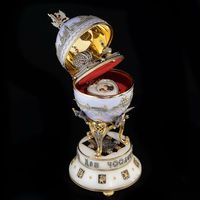 The surface of the egg is covered in transparent enamel against a guilloched background that changes color from pink to violet depending on the degree of illumination.   The mounted artistic depictions, rendered in white gold and detailed in diamonds, symbolize the cities where the era of the Romanov reign began and ended.  On the lower half of the egg – Ipatevsky monastery in Kostroma, and on the upper half – shimmering St. Petersburg.

Opening the egg, we see the symbols of czarist power - crown scepter and orb, rendered in gold and diamonds and fastened to cushions hewn of white jade, resting on a base of black imperial jade.

The surprise of the egg is the folding frame made of yellow gold, bearing the image of Emperor Nikolai Alexandrovich Romanov and Alexandra Fyodorovna.   Opening the cavity where the frame is concealed is only possible if you know the secret – you have to twist the cushion with the orb ever so slightly.

The stand for the egg is made of white marble. The stand bears the mounted inscription “400 Years of the House of Romanov,” executed in black silver and diamonds, as well as the coats-of-arms of the Russian royal families.

A team of jewelers worked on the egg for almost a year. The idea and design belong to Andrey Ananov.