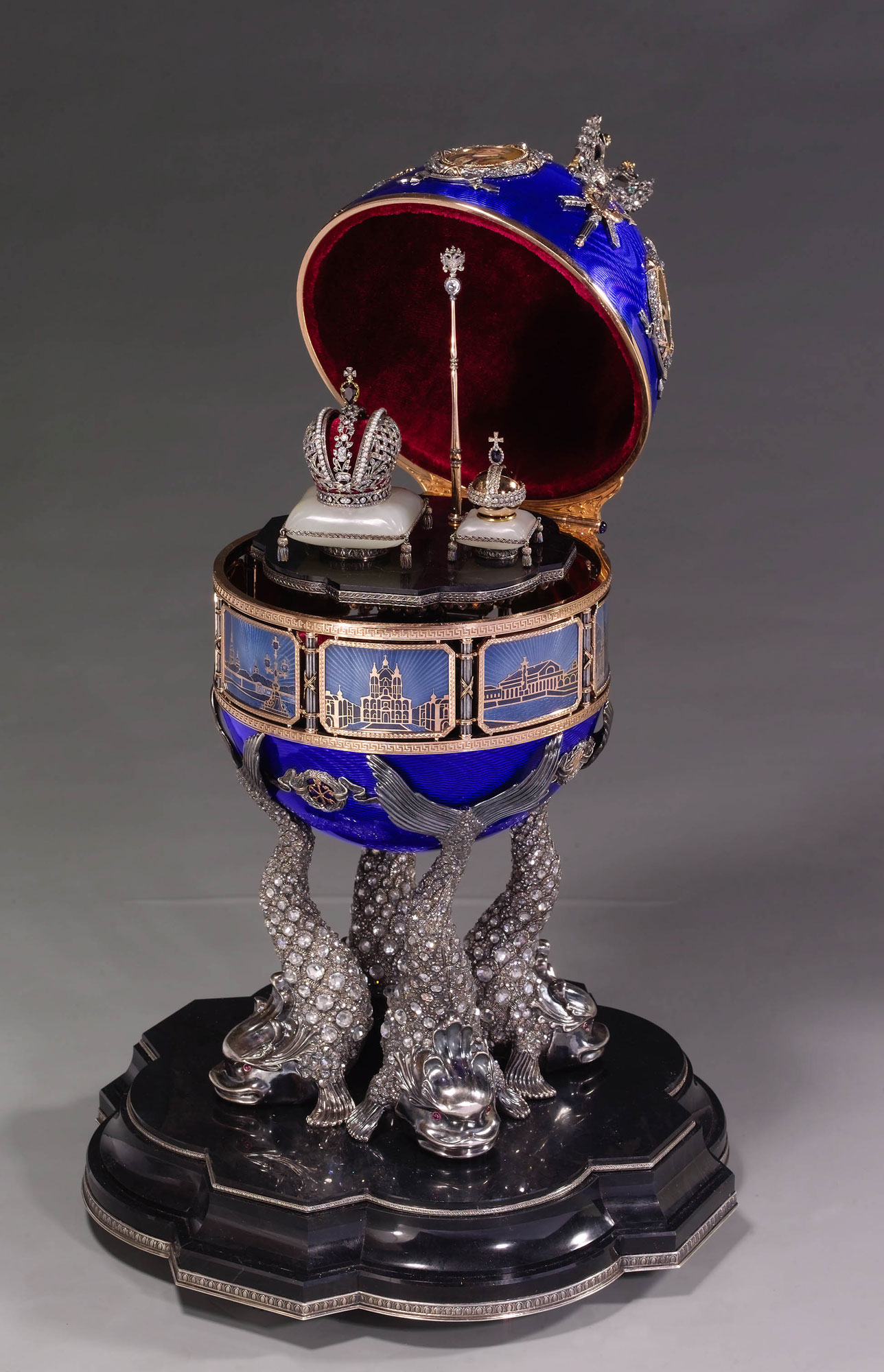 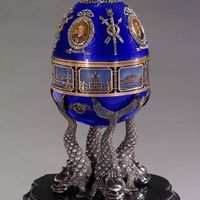 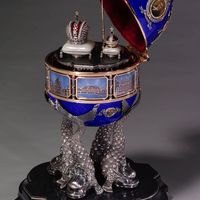 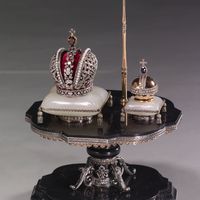 The work was inspired by the approaching 300th anniversary of St. Petersburg’s founding. Which is why the surface of the egg is adorned with portraits of the great architects who created the imperial capital - B. Rastrelli, C. Rossi, A. Voronikhin and A. Zakharov, enshrouded in laurel branches.

For the first time in history, the firm’s jewelers had managed to create pictures of St. Petersburg cityscapes from gold melted into cobalt enamel. The egg rests on four fairytale fish studded with rosettes.

The surprise of the egg - a retractable table with the crown of the Russian empire, a scepter and an orb.   In this way, the author of the work wanted to underscore that St. Petersburg is Russia’s historical capital, and not just a city of regional significance...

During the festivities of the city’s 300th natal day, the egg was displayed to the public for the first-time ever at the “Treasures of St. Petersburg” exhibition being held at the firm’s showroom on Nevsky Prospekt.

Working to create the work were the jewelers A. Nikishov and A. Zaitsev, the stonecutters A. Petrov and Y. Artamonov, and the setter S. Zakharov. The gold-to-enamel pictures were executed by I. Alexeeva and V. Stepanov. Enameller - I. Maximova.