Work on the piece was inspired by the unique wind-up toys designed by the Swiss master Jaquet-Droz in the mid-16th century.  The ingenious little mechanisms, reminiscent of today’s computers in terms of their sheer complexity, made the little birds get up from their “nests,” chirp, flap their wings and move their heads.

The Russian masters wanted to try their hand at creating something similar,

The egg was cut from green jade, and decorated with azure-diamond leaves of wild grapevine leaves.  The stand, also made of green jade, was finished in gold with inserts of guilloched enamel.

Inside the egg is a mechanism that operates the clock and its alarm. At the appointed time, music chimes to accompany the Peacock as it flaps its wings and turns its head from side to side.

The master jeweler V. Leonov worked for more than a year on creating the piece. 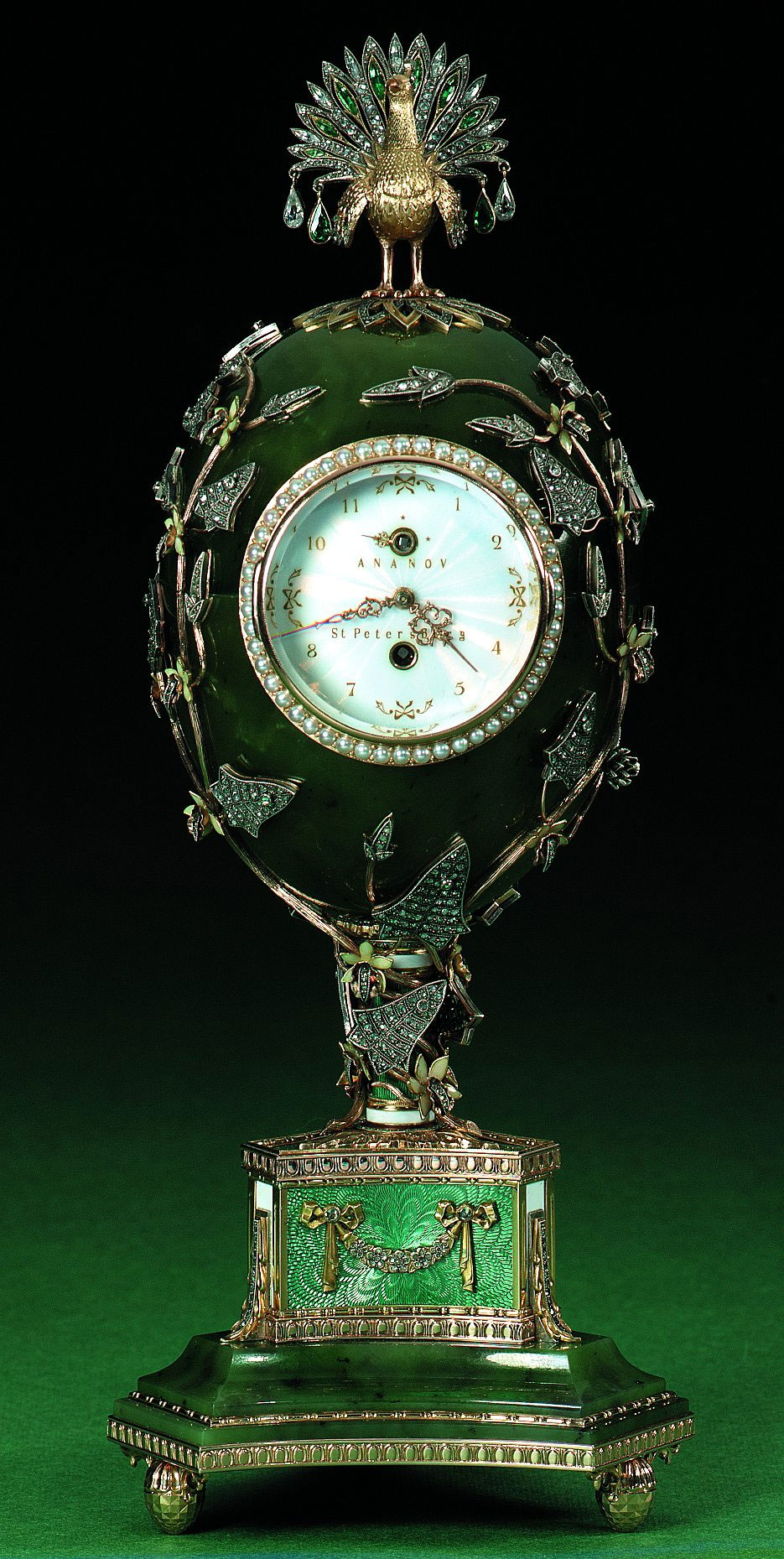