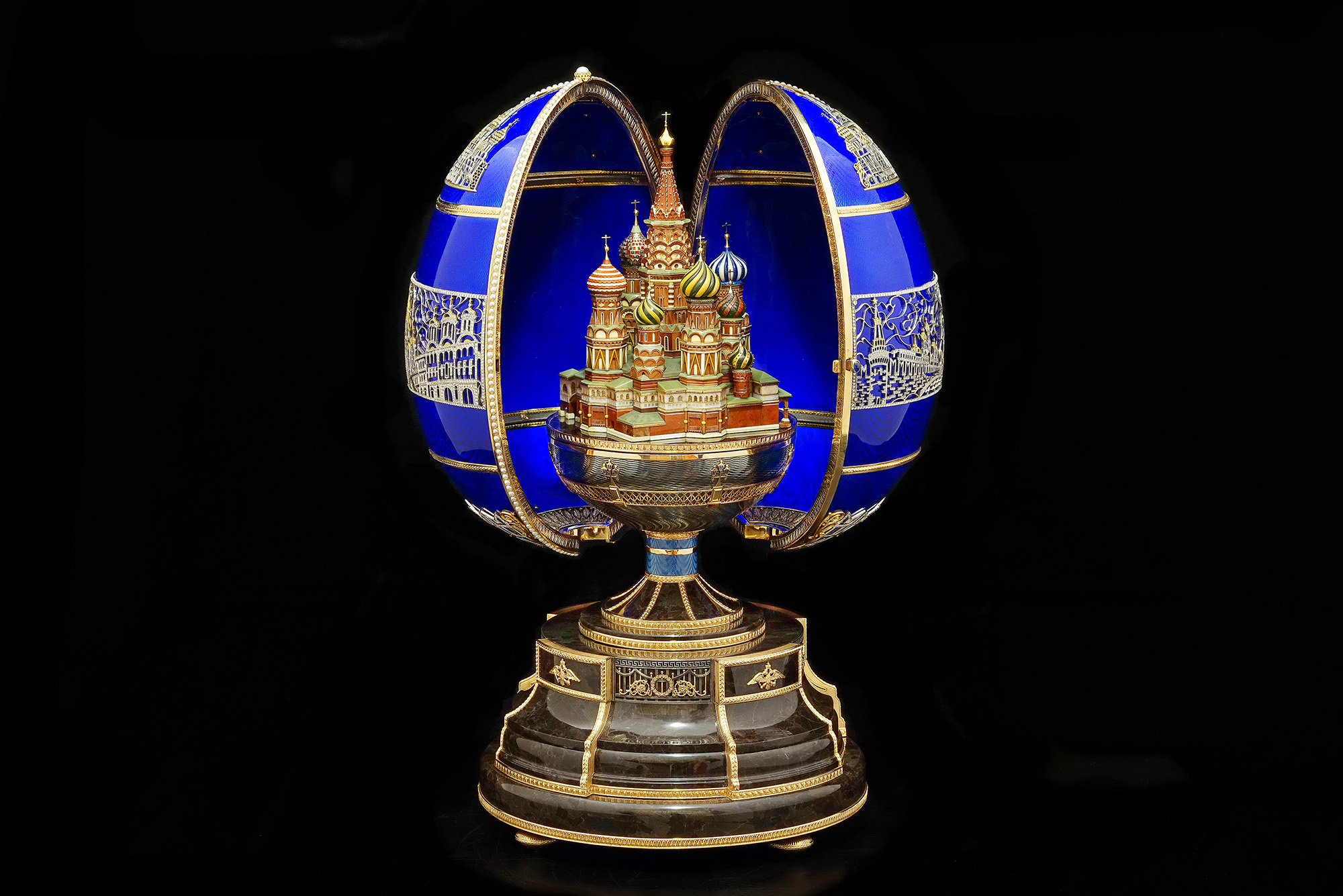 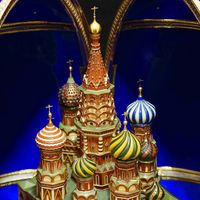 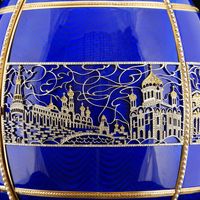 Work from the series “Great Cathedrals of Russia”

The studio’s master jewelers toiled on creating the work for several years. The work began in 1998 by tackling the first problem – no egg of such tremendous dimensions had ever been created before. Another difficulty was designing a mechanism that would make it possible to open the egg along its only hinge, positioned vertically at the back.  Creating the Cathedral itself, made of jasper, cacholong, lazurite, jade and a vast quantity of tiny ornamental stones, gold and enamel, also took more than a year.   In the end, due to the high number of incoming orders, work on the project was suspended and only resumed in 2012, finally concluding in 2015. The Easter egg from the series “Great Cathedrals of Russia” made its debut at a personal exhibition by A.G. Ananov at the State Historical Museum in Moscow in August 2015.  Working on creation of the piece were the jewelers N. Davydov, Y. Artamonov, A. Nikishov, I. Maximova, etc. Idea, design and technical supervision – A.G. Ananov